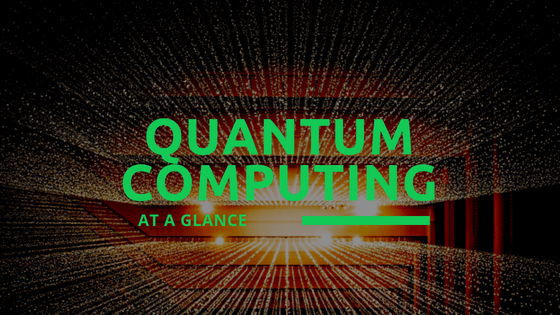 While some companies focus on achieving the highest number of qubits, others try to develop a full quantum stack to make this technology available to a high number of industries and developers. Here we analyze the quantum computing leaders that are pushing this technology forward.

Conventional computers store information using bits represented in 0s or 1s. Quantum computers use quantum bits (qubits) to encode information as 0s, 1s, or both at the same time. This new dimension, along with superposition and entanglement, enables quantum computers with the power to provide solutions to some of the world’s toughest problems.

Understanding, controlling, and utilizing the quantum world is challenging but holds great potential for designing new forms of matter and new paths for information processing.

Although the development of quantum computers is still in its infancy, many are the companies that are running the race for quantum supremacy. Here we analyze the quantum computing leaders of the moment and their developments that will determine the evolution of quantum technology.

Out of the players working on and innovating in quantum computing, the majority are SMEs and startups (40%) and universities (33%). However, when looking at the top ten leaders in Quantum Computing, most are prestigious universities such as Oxford, Harvard, or MIT, and big tech corporations like IBM, Microsoft, and Google.

Precisely Google has recently unveiled news milestone Bristlecone, a quantum computing chip with 72 qubits. They think the chip can achieve quantum supremacy: the point at which quantum computers can do calculations beyond the reach of today’s fastest supercomputers.

The University of Waterloo (Canada) is the one with the highest activity in publications and conference proceedings (229 and 61 respectively). One of their lines of research focuses on the precision measurement of photons, one of the main constraints to the development of quantum applications. And recently, they have published a study that shows that a well-designed optomechanical device can non-destructively detect phonon signals of a wide range of frequencies and in single-quantum level.

For its part, the University of Oxford (UK) is the entity that has gained more public funding:  $117.59 M for 62 grants. The majority of them come from the national UK agency GTR. Since 2016, they focus on lattice systems and high-performance sensors for the development of quantum computing.

Finally, D Wave Systems (Canada) has recently announced that has received 50M in funding to deploy its next-generation quantum computing system with more densely-connected qubits, as well as platforms and products for machine learning applications.

Top 10 entities worldwide leading the innovations and advancements in Quantum Computing. Source: Linknovate.com
NOTE: Since we are constantly updating our data, results may vary. Click on the link above for more updated results.

All five quantum computing leaders are well-known tech leaders from the USA.

When we think of Quantum Computing, we think in IBM and their 50 qubit quantum computer. Plus, they have launched the IBM Q Experience as a forum of discussion and collaboration to build commercially available universal quantum computers.

So what’s in their horizon? Earlier this year they have patented a new technique of assembling superconducting qubit devices for scalable quantum computing. And they are participating in different grants to develop a quantum-resistant trusted platform module and to apply quantum computing to cryptography.

However, the most active organization is Microsoft, which has the highest number of patent applications in the field since 2010: 45. Their approach uses topological qubits for an integrated, scalable solution that combines both quantum and classical computing.

This is a different approach that focuses on Majorana fermions. These particles can be their own antiparticle and, when they are used in quantum computers, the error rates are significantly lower.

As for the MIT, since 2010 they have received $17.4M for 32 different quantum computing projects. One of the best-funded ones is EFRI ACQUIRE ($2M), for scalable quantum communications with semiconductor qubits. They want to develop solid-state technology for quantum networks using semiconductors (nitrogen vacancy and silicon vacancy color centers in diamond).

In addition, the Physics Frontier Center from NSF has awarded the Center for Ultracold Atoms (CUA) $4M so far. This center is a joint effort between the MIT and Harvard University that aims to harness the power of quantum mechanics for new physics and new applications. Through the NSF award, they will develop a variety of theoretical and experimental tools. With these tools, they will study strongly-interacting many-body systems of ultracold atoms and molecules, as well as coherent single or few particle systems.

Most Active Countries in Quantum Computing

The USA is, without comparison, the most active country in quantum computing. They triple the second country on the ranking: China. And their position is mainly due to the work of their enterprises, both corporations, and SMEs.

As for Intel, their quantum computing technology is at the level of IBM’s. They have developed the 49-qubit Tangle Lake test chip. With this chip researchers can simulate computational problems, and improve error correction techniques. Intel is also big in neuromorphic computing and has developed the powerful Loihi chip.

Regarding Rigetti, they develop quantum virtual machines and have 11 patent applications in the field since 2010.

Main trends in quantum computing revolve around quantum optics and optical qubits. So far, these topics are mainly being researched in Universities and Research Centers (80%). They have yet to reach the market.

However, using Linknovate’s platform we can find interesting examples of startups that are applying quantum computing in novel ways.

Starting with Zapata Computing. They are an American startup that spun out of Harvard University and that is applying quantum computing to the Chemistry industry. They have designed the CUSP algorithm, a quantum circuit optimizer that dramatically improves quantum algorithm efficiency; and has been selected as one of the first companies to utilize Google‘s Cirqa software.

Also from the USA, QC Ware offers quantum computing as a service (QC PaaS) and have received funding from the NSF to develop their platform. With this solution, they want to make quantum computing power available for commercial and research applications.

And in Canada, 1QBit solves industry’s computational challenges by recasting problems to harness the power of quantum computing. They have several patent applications in the field, which revolve around systems for quantum ready and quantum-enabled computations.

As we can see, quantum computing has been experiencing constant growth since 2010.  As new research is being made and new players enter the field, we can expect will follow the same trend in the next years.