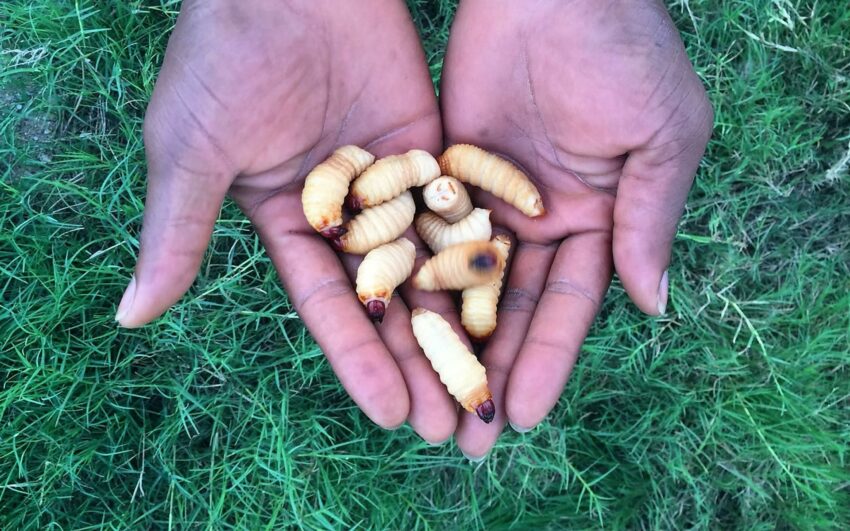 We talk to Gabe Mott, co-founder and COO of Aspire Foods, a startup that has developed cutting-edge, large-scale, farming insects’ technology. They aim to disrupt the way people eat around the world on behalf of food sustainability.

In just 5 years Aspire Foods has grown to become the first cricket supplier in the world. They have even recently acquired EXO, a cricket protein-bar maker. How did they accomplish all that? He is here to tell us.

It was 2010 and Gabe was not feeling happy. He had always wanted to make an impact, turn the world into a better place. But after years of working for corporate America, he felt he was not doing it. So, he decided to quit it all and go back to the university to study an MBA.

Flashforward to 2012. His classmate, the ever-enthusiast Mohammed Ashour, asked him and Shobhita Soor to form a team and apply to the Hult Prize, the world’s largest and most prestigious competition for social good. They jumped right on it.

The price? One million dollars to develop and launch a project that would address food security and sustainability to actually improve the lives of people in underdeveloped countries.

Although it was not going to be easy.

“We came up with tens and tens of good ideas, a fair number of great ideas… but nothing that we thought would give us the edge to win the competition”.

Until they came across with the fact that people all over the globe buy and consume insects as a source of food, paying a high price for them.

“Initially, we were thrown off by that idea. But as we looked into it we realized that insects could be a sustainable and affordable source of food. As we dug deeper we understood that the high price is really because nobody has formalized a standardized production the way we have in modern agriculture or in conventional livestock”.

Something clicked. That was a challenge they could work on, and the necessity they finally built Aspire Foods around: to develop a standardized, affordable technology for farming edible insects.

“We were incredibly fortunate because we had 1M of non-debt, seed capital injected to the company. And we used it to really explore, understand, develop and, honestly, make a lot of mistakes”.

After wrapping up their MBAs in the first semester of 2014, Aspire’s founders established themselves in three different countries to find the most farmable insects, the insects most suitable for farming.  Gabe went to Mexico, Shobhita, to Ghana; and Mohammed was running the business in Texas (USA).

“We realized it was easier to do the R&D that we needed in the US. There was more infrastructure we could hire and there was a stablished market. We wanted to really focus on cricket farming, perfection it and complete the R&D and its critical components so we can then move back to Mexico and then re-start the Mexican operation”.

And they have not lost focus since then.

In less than 3 years, Aspire has grown to be a 40-people company that not only sells cricket-based food supplements (like roasted crickets, granola, or protein bars) but also, have established itself as the leading insect-food supplier of America.

The Way to Success

What would you say was the turning point, the moment when you realized Aspire was going to make it?

I’d say we knew we’d made it when we won the Hult price and had $1M to execute.

And then, there was a biological threshold, being able to farm insects, that we knew was the dividing line between having the potential to actually being successful and not.

I remember the month we crossed that line in our biological yield on our first insect farm in the United States. It was a moment of celebration for all of us because we hit that number and we knew “ok, this can be viable, there’s no biological barrier to be viable”.

Also, when we closed our first “angel round” after our initial million dollars. There was so much external validation from somebody who was looking at our business model, assessing what we were doing, interested in the values the company drives and investing in us. And that was an incredible experience.

Then we built a farm from scratch. We spent months doing the design, the testing, building it… and then we were able to move into that place. A place that I’ve designed, that I’ve laid out with my team.

I think one of the beautiful things about being in a startup is that you keep having those experiences. And I have to say that when I was working for corporate America… you didn’t feel anything quite like that. Not once. And here you feel it probably a couple times a year. And it’s pretty amazing.

When do you think the next moment will come? What’s on Aspire’s focus?

I think we still need to get significant market validation.

Placing your products on the shelves at a grocery store is just a step beyond, that’s a real challenge.

Without giving anything in particular away, I think we’re going to see that in about a few months. That’s going to be a major milestone for our company, yeah! Everyone’s really excited.

Who are your clients?

Currently, our clients are a lot of niche consumers like vegetarians, functional eaters like the paleo community, and people with dietary sensibilities, allergies or intolerances that have found insects are a good source of protein that doesn’t antagonize with their restrictions.

By the way, insects aren’t technically vegetarian. But the vast majority of vegetarians are doing it for ethical, environmental, food sustainability, food security reasons… all of those are consistent reasons for eating insects.

But as we’re approaching retail I expect those groups to broaden up. For example, people who like to practice demanding outdoor activities and sports and need a dense source of protein easy to consume. I think that’s a community where we resonate.

Where do you believe your industry, the alternative source of proteins spectrum, is going? What are the trends?

In general, I’m excited about everything that’s happening in the alternative-protein space. Technology’s giving us the option to generate protein in marvelous ways that we’ve never been able to before, with novel characteristics, in much more sustainable ways.

All of a sudden there’s this explosion of new opportunities, new sources of protein. Sure insect-protein, but also different kinds of processed plants, there’s people doing tacos and burgers of lab-cultured meat… there’re so many extraordinary things that people are working on.