Very recently there’s been many articles about the ‘Godzilla’ of VC funding. At the same time, we’ve all heard so many times about the Silicon Valley bubble.

I’ve personally heard that in real several meetings with manufacturing, oil & gas, or foods & beverages companies… I mean, what an outsider from the SF-sphere would call ‘real’ companies, who build stuff you can actually touch (and drink).

Long story short, the tech bubble has been prophesied since 2007 (!). But we kinda like the explanation by Sam Altman (YCombinator), the man puts his money where his mouth is.

There might be a boom in seed investment, but that does not translate, by any means, in a bubble.

However, when you consider the numbers behind a ‘Godzilla-monster‘ like the $100B Vision Fund by SoftBank things get interesting.

SoftBank is led by visionary CEO Masayoshi Son, considered one of the brightest minds. He made his first million when he was 16, and lost nearly $70B in the 2000s bubble. 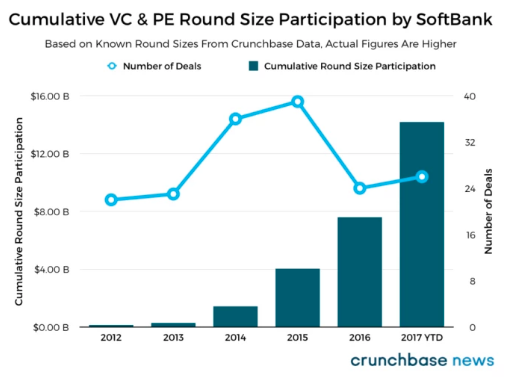 SoftBank is an investor in companies such as Didi Chuxing (Uber‘s rival, valued at $50B), WeWork (massive $4B investment, now valued at $20B) and Flipkart (online retail, valued at $11,5B), and most recently, Slack ($250M series G, valued at $5,1B). Another favorite is $360M in Guardant Health, that tries to diagnose cancer with a drop of blood. At this point, you may wonder where does SoftBank get $100B from. It’s not by magic, it’s mainly Arabia Saudi’s public investment funds, Abu Dhabi’s Mubadala and several tech giants, namely Apple, Qualcomm, Foxconn, and Sharp.

In other words, SoftBank looks for liquidity and ROI (actually, a 44%!). If you can spare a couple of $B and want to participate, they still have 7 to be raised, so act fast! 😉

These are actually meaningful numbers, not seed-rounds where funds invest $1 or $2M in a few hundred startups. Some have even raised ‘political’ concerns, particularly if we believe these industries are going to be key in the coming years. Should Europe have a similar, sovereign-style fund to protect the European players?

It will be interesting to see if these valuation bumps sustain over time when they finally reach public markets. As the NYT puts it, no bull market lasts forever. And while it’s clear that we’re entering the late stages of this cycle, it’s impossible to say whether this moment is like 1999, 1998, or earlier.

We consider ourselves a very complementary tool to CB Insights and other startup research tools. We’re actually big fans of their work, but there are so many things they don’t do to favor innovation (can’t do it all, babe). Starting by paying more attention to (super) early-stage research and spin-offs such as this example: 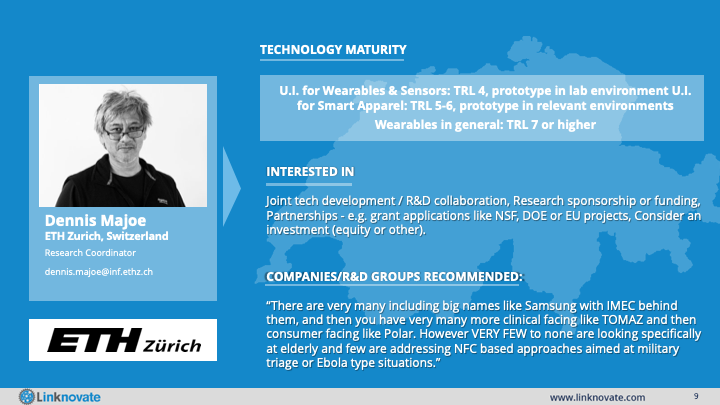 Wonder how much hidden-data there is? We DO bring players that go under the radar. Why? Because they’ve not received a freakin’ funding round. 😉

Also, sometimes it’s not about investments, it’s about gathering great Competitive Intelligence about newcomers and incumbents… Yes, we have plenty of that too. We can even do the ‘Direct Expert Contact’ (primary research) at scale, and bring back a full-fledged report with dozens (or a hundred) responses.