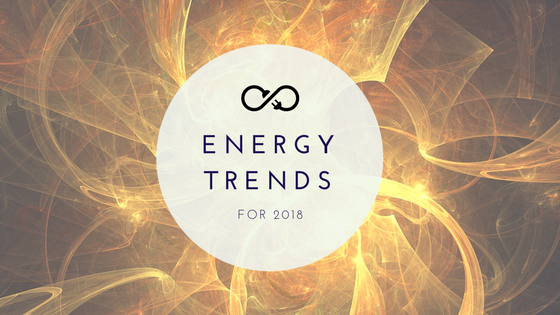 IoT, Blockchain, or Energy Storage. Here are the five Energy Trends that will shape the industry innovations for 2018.

These major energy trends will slowly continue to remake the world’s energy generation, consumption, efficiency, and carbon emissions. Change is often slow in the energy sector, but when it happens, it occurs in a truly massive way. Here are 5 energy trends to watch in 2018.

1.1. Evolution of IoT for the Energy Sector

When looking at the aggregated set of records Linknovate has collected for IoT applied to Energy, the general trend looks like the sector reached its peak in 2015, and the number of documents has been decreasing since then.

1.2. Key Players in IoT for the Energy Sector

The big tech corporations are the ones appearing higher on the ranking. Out of the top 10 entities, only two, STMicroelectronics and Schneider Electric, are mainly dedicated to the energy sector.

However, innovation and Corporations don’t usually go together. Moreover, this is often due to the stiffness of the corporation’s internal organization. So they tend to partner with, and sometimes acquire, disruptive startups and SMEs that can tackle and find solutions to the most recent challenges.

Therefore, most of the startups in the ranking are already collaborating with big energy corporations such as General Electrics (Smart Home, Sigfox, Arkados Group) or Schneider Electric (Report Linker).

Top 10 Organizations Worldwide Applying Internet of Things in Energy. Source: Linknovate.com
NOTE: Since we are constantly updating our data, results may vary. Click on the link for more updated results.

1.3. Key Countries in IoT for the Energy Sector

English-speaking countries (USA and UK) and emerging economies (China and India) lead the innovations in IoT solutions applied to the energy sector. By far, American SMEs and Startups are the main contributors to this topic.

2.1. Evolution of Blockchain for the Energy Sector

If Blockchain is a recent topic, its appliance to energy is even more novel. It wasn’t until 2015 that the first research was done, and its appeal has grown in importance since, in less than three years, the number of documents has increased by x4.

2.2. Key Players in Blockchain for the Energy Sector

Blockchain applied to the energy sector seems a field that isn’t as market ready as IoT. Not a single patent has been filled, the first entity of the ranking is a startup (Blockchain), and we can also see a University in the top 10 (MIT).

However, it also seems a more appealing field for Energy corporations, since General Electric’s subsidiary, RMI, is in the 8th position.

Outside the top 10, in the 24th position, is Y Ventures.  VC money is flowing into Blockchain applied to the Energy industry, a clear indicator of its growing importance.

Top 10 Organizations Worldwide Applying Blockchain in Energy. Source: Linknovate.com
NOTE: Since we are constantly updating our data, results may vary. Click on the link for more updated results.

2.3. Key Countries in Blockchain for the Energy Sector

In the emerging field of Blockchain applied to the Energy industry, the USA has no rival. Is followed, by far, by European Energy leaders (UK, Germany, and the Netherlands), Australia and China.

The field has been growing steadily until 2015 when it peaked. After that, it has slightly decreased and maintained stably.

Distributed Generation is a field that still has to be developed to its fullest. Out of the top 10 organizations, eight belong to the academia and only 2, Microsoft and Solar City, are private companies.

When looking at the startups, Raleigh-based (North Carolina, USA) Causam Energy is one company to keep an eye on. It is one of the most active ones, with nine patents filed since 2014. As for Solar Energy, Empower Energies is focusing on this renewable source, while Yingli Solar has been closing partnerships in Spain.

Top 10 Organizations Worldwide innovating in Distributed Energy. Source: Linknovate.com
NOTE: Since we are constantly updating our data, results may vary. Click on the link for more updated results.

The United States and Asia’s emerging economies (China and India) are the countries with a higher number of entities innovating in Distributed Generation. There’s no wonder why China and India appear so high in this ranking since energy supply in these overpopulated countries is a strategic matter.

When looking at the aggregated set of records Linknovate has collected for Energy storage, the general trend looks like the sector is at the end of the hype cycle, currently declining.

One of the most significant pain points ever of the Energy industry is its storage. A problem that is especially recent given the rise of electric cars and the expected standardization of connected cars.

Out of the top 10 organizations innovating in Energy storage, 5 are universities, and 3 of them (Samsung, Bosch, and Siemens) are big developers of electrical appliances.

Top 10 Organizations Worldwide innovating in Energy Storage. Source: Linknovate.com
NOTE: Since we are constantly updating our data, results may vary. Click on the link for more updated results.

A breakdown of activity per country shows that China and Germany have many organizations involved higher than the usual, while the USA is the leading country researching on Energy storage.

The solar industry accounts for most of the renewable successes. That is partly thanks to low solar panel prices, as well as companies capitalizing on the solar sector using new software, analytics, third-party financing, and marketing.

While 6 out of the top 10 organizations innovating in renewable energy come from Academia, private companies make up to 70% of the total list.

Google‘s documents are mainly related to their energy-producer Makani kites, while Microsoft has filled 13 patents developing the use of renewable energy for managing their data centers.

When looking at the startups and SMEs, Greenpeace is working on promoting the use of microgrids, while New Energy Finance rathers photovoltaic power.

Top 10 Organizations Worldwide innovating in Renewable Energy. Source: Linknovate.com
NOTE: Since we are constantly updating our data, results may vary. Click on the link for more updated results.

Not only the USA, but China and India are also massive future markets for Solar Energy.

As for Europe, it is curious that the UK and Germany are prominent in the wind, and hydro-electric renewables, while southerner countries like Italy or Spain are growing in Solar Energy.