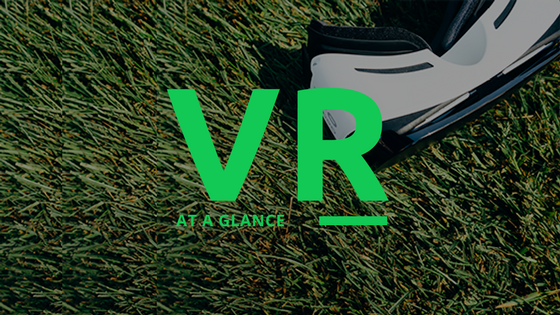 Microsoft, HTC, and the always secretive Magic Leap are the companies in a better position for the time that the VR & AR hype strikes. The United States is the country that clearly dominates this growing technology that struggles to conquer the mass market.

Virtual Reality and Augmented Reality’s hype hasn’t become a reality yet, although the emerging market of headsets is showing some activity.

The big tech corporations have all launched their headsets (Microsoft’s HoloLens, HTC’s Vive, Samsung’s Gear VR, or Oculus’ Rift) but haven’t been able to generate much traction. And even the cheapest models like Spectacles (Snapchat) or Cardboard headsets haven’t achieved much general public success.

Yet, we are surely about to witness the rise of this technology. According to Gartner’s Hype Cycle, Virtual Reality and Augmented Reality are the emerging technologies closer to the plateau of productivity.

No wonder why the race for Virtual Reality leadership has grown in fierceness during the last couple of years. First come, best served in a market that is expected to reach $40B by 2020.

Seven of the top ten Virtual Reality organizations are based in the United States, two in Asia (HTC – Taiwan, Samsung – South Korea) and one in Europe (Nokia – Finland).

A “tiny” (in comparison) and secretive startup, Magic Leap, sneaks in the top three, right in front of giants such as Oculus, Samsung or Google.

Notice anyone missing? To find Apple, you have to go down to the 93rd position. Although they’ve launched much expected Augmented Reality features within their last iOS 11 update, they’re well-known for their strategy of arriving fashionably late to emerging industries and technologies. It remains to be seen if this works out well for them this time.

Top 10 Organizations Worldwide Working in Virtual Reality & Augmented Reality. Source: Linknovate.com
NOTE: Since we are constantly updating our data, results may vary. Click on the link for more updated results.

Microsoft‘s bet on VR is evident when looking at the chart below. 2017’s growth is due to several HoloLens announcements… and no less than 27 VR, AR & MR patent filings (hint, the most of them, 16, are related to AR).

As for HTC‘s growth, it has to do with their latest announcements (and developments) about an entirely new kind of mobile VR device.

One giant to rule them all. USA is the country leading the VR & AR advancements, not only in the private sector (Corporations and SMEs) but also in the Academia (Research Institutes and Universities).

China‘s second position is due to Huawei‘s and Xiaomi‘s developments, but also the top universities in the country are conducting numerous research on the topic.

As for the United Kingdom SMEs, they are mostly focused on the design and development of VR video games.

Computer Devices, Virtual Games & Virtual Softwares are the topics that grew the most during the last years. This is due to the work of crucial SMEs and Startups such as Aurasma (UK), 2MEE (UK), or Metaio (Germany, acquired by Apple in 2015)

Linknovate’s data mirrors Gartner’s Hype Cycle predictions. Virtual Reality and Augmented Reality reached their peak in 2015, and the number of records issued since then has been decreasing.