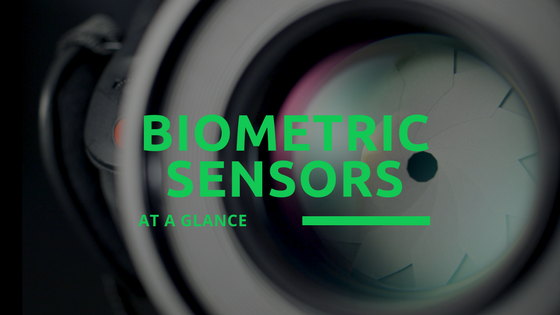 Technology giants like Apple, Samsung, IBM, and Fitbit are continually improving their technology and devices, maintaining a pure race for becoming the Biometric Sensors Leaders. As for the tech trends, fingerprint-based sensors are, without a doubt, the ones more interesting for the private sector.

Fingerprints, keystroke, DNA, or hand geometry. Faces, voices, signatures, or irises. All these features have something in common. And it is that they all have patterns that can be measured to identify a person.

Biometric Sensors is the technology behind this idea. It is the technology able to read those patterns to identify a person. These sensors work by isolating those physical or behavioral features and transforming them into electrical signals for recognizing or verifying a person.

Do you get an idea of its potential? Almost endless. From security to health monitoring to marketing (in-store customer behavior, for example) to fitness tracking. Plus they are quite cheap, come in the form of fashionable wearables, and already are (or can easily be) integrated into our smartphones.

No wonder why this technology is growing in interest for both consumers and organizations around the globe. And here we briefly analyze the key companies and countries that will be the biometric sensors leaders of the future. They will definitely bring us the most interesting innovations in the months to come.

Most of the organizations in the field are enterprises, being SMEs, and Startups the category with a higher number of entities (62%).

However, we face a different scenario when looking at the top 10 leading organizations in Biometric Sensors. All of them are companies, and only one (Fingerprint Cards) is not a big corporation. We can also identify a hub of activity in Eastern-Asia: Samsung (South Korea), Fujitsu (Japan), and Synaptics (China).

It is worthy of mention the large number of patents recently registered by Samsung. They are focusing on the use of biometric sensors for accessing their smartphones and, also, on the interaction of these with different types of wearables.

Meanwhile, the Japanese Fujitsu focuses its efforts on improving device security. They not only are benchmarks in sensors for fingerprints or facial recognition, but they go further and add other parameters like the recognition of the color of the clothes.

Technology giants like Apple, Samsung, IBM, and Fitbit are continually improving their technology and devices, maintaining an actual race for leadership in the biometrics industry.

Still, Chinese representative Synaptics is fighting against large corporations with their innovative fingerprint sensor solutions for mass use in PCs, tablets, and mobile phones. Among their collaborators, they count with other top companies like Qualcomm to develop wireless headsets able to monitor different health signals.

Universities such as the Uni. of Salzburg (Austria), the Uni. of Kent (UK), and the Charles III University (Spain) lead the research. In particular, the last two are collaborating together in AMBER Grant, for enhanced mobile biometrics in terms of addressing timely research and development challenges.

Especially the last one.

There are two clear poles of development in Fingerprint sensors. One in the USA and the other in Scandinavia.

As for Swedish Fingerprint Cards AB, they have filled several patents related to authentication using images or partial parts of the picture. And Norwegian NeXT is responsible for Oyster II. Their USB peripheral fingerprint readers are effective even with dirt and grease interference and immune to the weather.

Looking into the data collected by Linknovate during the last years, we can see that there has been significant growth in the number of documents from 2010 to 2015.

This is due to the involvement of academic entities (universities and research labs) in biometric technologies during that period.

The significant decrease experienced after 2015 may be explained because SMEs have started to lead the race of biometrics, and they focus more on bringing new products to the market than on participating in publications.