We talk to Alex de la Fuente, co-founder & CEO of NasasBiotech, a Spanish spin-off that has come up with a peculiar cancer trap: a disruptive cancer treatment able to remove metastasis by trapping tumorous cells.“I always give the example of the sea”, begins Alex de la Fuente, biologist & co-founder of NasasBiotech, one of the most disruptive spin-offs in today’s cancer research.

“You know the cancer symbol, the horoscope symbol, is a crab, right? So what do you do if you want to capture all crabs in the sea?  What chemotherapy actually does is pouring a poison into the sea. There’re more and less selective chemotherapies but, in the end, it’s a poison and that’s why it has so many secondary effects”.

Nasasbiotech approach revolves around the idea that it would be much better to gather all cancer cells in the same point, because “when crabs aren’t dispersed, a diver (surgeon) can take them out”.

That is exactly what Nasasbiotech does. They place a nasa (Spanish for crab pot) to trap all the tumorous cells dispersed in the body. “It’s a physical device that surgeons can implant and a bait that gets cells to stick to it when they touch it”. 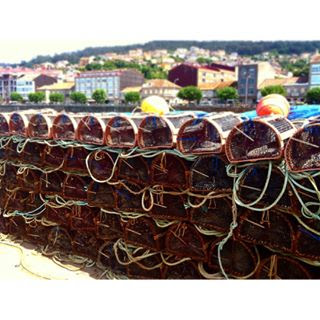 The kind of crab this 2014-founded spin off is after is a particular one: ovary cancer. In this type of cancer, “physicians face a disseminated disease, which means bad survival rates because surgeries don’t work and patients are left with drugs, with chemotherapies”.

What Alex and his other two partners, Miguel Abal and Rafael López, intend to do is “to control the metastasis process and reverse the scenario into a focalized disease. This way we can give oncologists tools for keeping patients under control”.

How does your device work?

Our device acts as an environmental preference niche for tumorous cells. A system able to focalize the disease, and compatible with current chemotherapies, that is going to improve patient survival.

When a tumorous cell leaves the primary tumor tries to find a tissue to nest and to form metastasis, a process in which consumes a lot of energy. But why is the cell going to consume energy looking for the tissue if we can provide it?

We offer the cells a spot where they can easily hold on to. And if all cells grip to it, they aren’t going to grip to other organs and we can avoid metastasis. That’s the perfect scenario for oncologists because they now have a focalized disease that they can remove with clean surgery.

What is it that attracts a tumorous cell? What materials is your device made of?

The device’s made out of a physical component and a biological one, that acts as a capture agent.

We’ve got two products that are already used in the clinical practice (each of them for different purposes) and we’ve combined them so that the transfer process would be faster.

How and why is Nasasbiotech born?

We had a clear idea, the device, that we wanted to take to the market and to transfer it to the patient. Launching a spinoff wasn’t the initial idea, but it emerged as a mechanism of fundraising and as a way that allowed us to make all necessary arrangements to transfer the technology to the clinical practice.

We launched the spinoff because many business agreements aren’t viable for research groups. Due to agility issues, it’s much easier to reach them if both agents are enterprises. 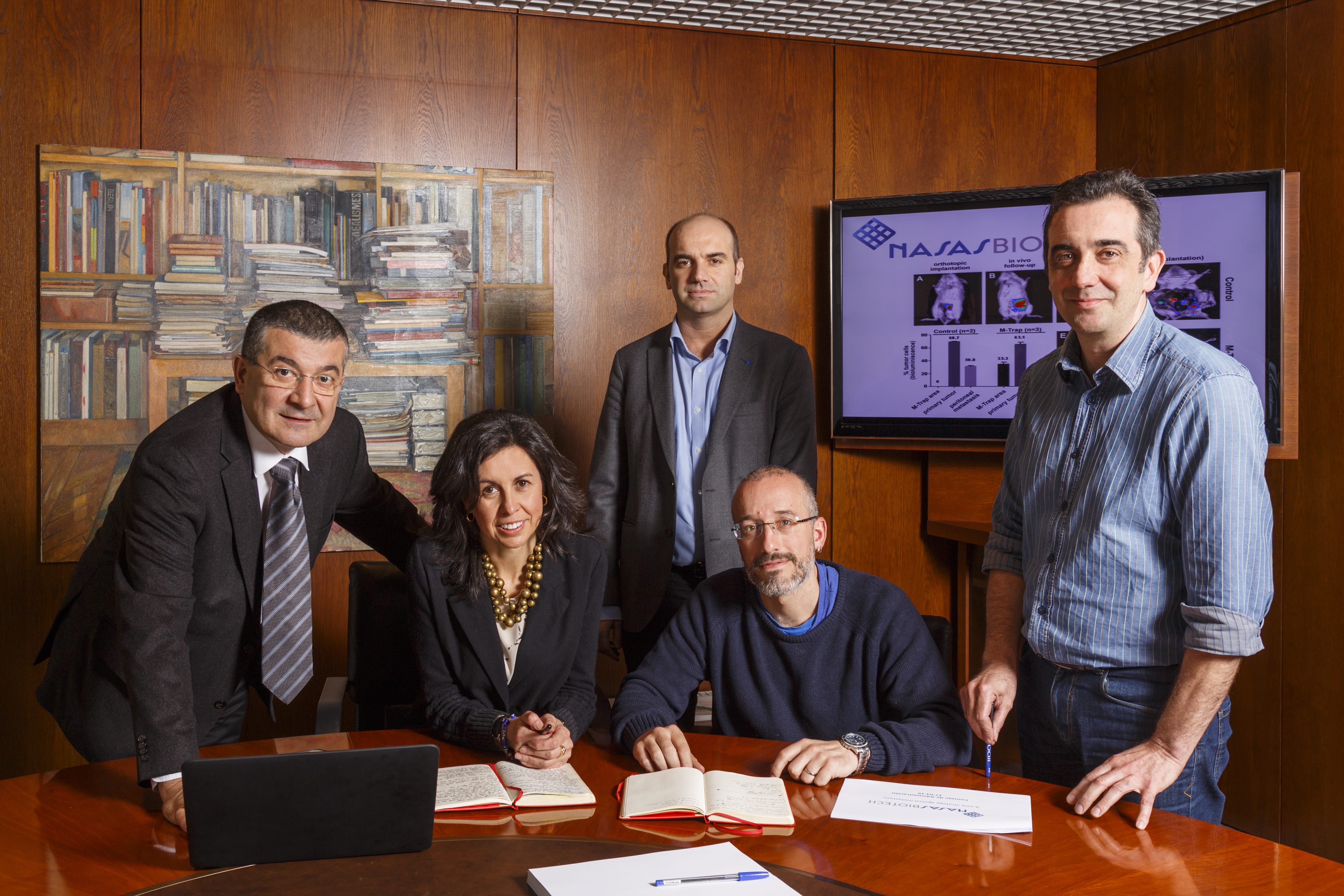 How has the process of launching a company been? Especially for people coming from the research field instead of Business…

Most biotechnology spinoffs start with a group of lab colleagues that have an idea and want to carry it forward. But they all tend to have the same profile, and in order to meet a company’s needs, you must have very different profiles. In fact, it’s so important that most spin off companies don’t survive their first years.

We’re an exceptional case, I believe, because we don’t all have the same profile.

There’s Dr. Rafael Lopez, who’s Oncology Chief in Santiago de Compostela Hospital. He’s the one treating the patients and knows whether or not the device has a real application once transferred to the clinical practice.

Then there’s Miguel Abal. He’s the chief of the Translational Medical Oncology research group of the Health Research Institute in Santiago de Compostela (IDIS) and has previous experience in founding spinoffs (he was well aware of what he was getting into!). Miguel is the perfect link between a pure physician (Rafael) and pure basic like me, that I’ve studied Biology and have carried out the typical classical research career.

But besides, we were lucky enough to have been funded by Barrie Foundation from the beginning. They gave us the part that we, as researchers, don’t have: the managing and strategy part of market and viability studies. Eladio Crego, our CFO, has marked our business strategy and, I believe, is the one responsible for Nasasbiotech to be in its current state of development.

What is the most valuable thing that you have learned in the process?

(smiles) It’s hard to answer the question… I’ve learned plenty of things… But I’d say that the most valuable thing that I’ve learned is the non-scientific part of Research.

All the process of thinking an idea, making it easy, anticipating and dodging the barriers I could find… How to truly believe that from a paper sketch, with a good strategy and well advised, you can carry it forward.

I’ll tell you something first. We experienced a great disappointment in 2014 when a regulatory report advised us to completely change the strategy we’d been carrying out.

After two years developing a prototype (the first models were exosome-based), we suddenly found ourselves with a device with a very difficult transfer. There’s where I thought: “here’s when we call it off”. We had a device that wasn’t going to make it.

But when I truly thought this had no way back was when one day (he smiles) we locked ourselves up in the lab. Absolutely all of us. We started to talk: “if this isn’t going to make it, how can we turn it around?” And in the end, we found a solution so simple that it seemed weird we hadn’t realized it before.

Soon after, we tested it, and in a couple of months, we had developed a couple of pre-clinical trials and the technology made sense.

What would you recommend to someone that is thinking in ‘entrepreneuring’?

An advice is to surround yourself with the suitable people. I believe one of the biggest spinoffs mistakes is that its founders either tend to be a group of lab friends or end up asking for funding to people that aren’t going to be fully committed with the company. And I think that the most important part of succeeding, and that’s the way it is and will always be, is for the team to be committed.

And being committed means for everyone to clearly know its role, to complement each other, and to be willing to take the risks, responsibilities, and sacrifices of carrying forward a spinoff.

It’s disruptive from the moment that, nowadays, there’s no strategy like Nasas’. It’s true that there’re similar research groups and devices… but in diagnosis rather than in treatment.

Yes. Nowadays there’re different devices based on liquid biopsy that, once implanted, are expected to recruit tumorous cells, to diagnose the type of cancer, and whether or not the patient is going to be recurrent.

Everyone that works in cancer is focused on manufacturing drugs or medicines against the tumorous cell. But there’s nothing as a therapy, as treatment. And that’s what it makes the difference between Nasasbiotech’s cancer treatment and the other solutions.

Because nowadays, there isn’t any non-pharmacological therapy in cancer.

Which do you believe are your sector’s (Biotechnology applied to Medicine) trends? Where do you think it is heading towards?

Towards directed dugs. The trend has been clear for some years now.

Many groups are working on it. In fact, I believe that our region, Galicia, is also a pioneer in this field. There’re many groups.

For example, one of the branches of the research group we belong is the nanotechnology group. They’re manufacturing carriers to remove tumorous cells in a more effective and directed way.

There’re many other groups working in making specific carriers for drugs, types of drug, types of administration, and, of course, for each type of tumor.