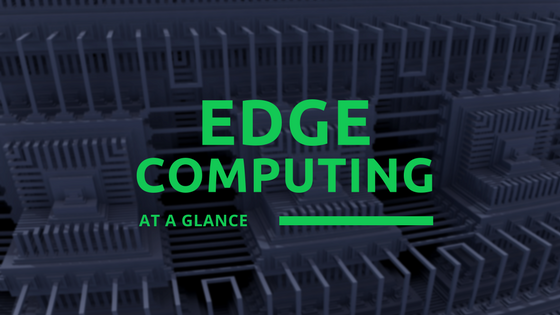 Different players from the public cloud, ISVs, and networking companies are entering the Edge Computing landscape from their own perspective. Here is Linknovate’s analysis of the Edge Computing leaders that will bring the most interesting innovations for the months to come.

As more and more amounts of data are generated every day we need new technologies that allow us to deal with such loads of information to be analyzed and acted upon.

As a result, Edge Computing is one of the emerging technologies that will grow the most during 2018 and the years to come. It is a distributed, decentralized architecture that enables mobile computing and Internet of Things (IoT) technologies. In edge computing, data is processed by the device itself or by a local computer or server, near the source of the data.

Although IoT is the key driver of edge computing, this technology becomes an essential component of data-driven applications such as Artificial Intelligence or Machine Learning, which rely on the cloud for the heavy lifting.

This is a technology in its early days. But with the current adoption pace of technologies and devices such as drones, autonomous cars, or robots; we are currently witnessing newcomers and important players in the field. So here is our analysis of the Edge Computing leaders that will bring the most interesting innovations for the months to come.

Out of the top 10 organizations worldwide innovating in Edge and Fog Computing, only two are not USA-based companies: Huawei (China) and Adlink Technologies (Taiwan).

Chinese multinational Huawei is focused on improving solutions for 5G networks, stream and flow forwarding systems and devices, and serverless computing for mobile edge. It makes sense, regarding they are one of the leading cell phone manufacturers worldwide.

As for Adlink Technology,  they have recently received a European Commision Grant (5G-CORAL) that leverages on the pervasiveness of edge and fog computing in the Radio Access Network (RAN) to create a unique opportunity for access convergence.

Top 10 entities worldwide leading the Edge Computing innovations. Source: Linknovate.com
NOTE: Since we are constantly updating our data, results may vary. Click on the link for more updated results.

Since 2010, they have filled almost 300 patents in the field. They revolve around intelligent streaming of media content, which is related to other patents they have on video surveillance systems. They have also patented an edge-computing platform for rich internet applications.

Next in line is IBM. They are creating a new peer-to-peer networking technology that enables any mobile device to directly communicate with another without the need for a wireless connectivity. For starters, they have partnered with The Weather Company to bring Mesh Network Alerts to live, which will allow for weather information alerts, even without internet connectivity.

Clearly, the USA is the country with the biggest number of entities working in Edge Computing. It stands out that virtually there is the same number of corporations and universities innovating in this technology (around 350 each).

However, there is a hub of activity in Asia, with countries such as India, China, and Japan positioning themselves as leaders of edge computing technology.

Saguna Networks powers Smart Mobile Networks by bringing an open cloud computing platform deep into the 4G Radio Access Network. They have patented a method to support Edge Computing on a communication network. Opening the mobile network so operators can provide a fast user experience while improving network economics and reducing congestion.

As for Nebbiolo Technologies, they are an early stage startup bringing cloud-like flexibility and real-time controllability to IoT platforms.

Finally, Vapor IO is building the next generation hybrid and edge cloud. They have introduced a truly programmable, open source based out of band management solution and a hyper collapsed data center solution.

The trend looks clear: edge computing is a technology that is growing in interest by the year. As the amount data we produce grows more and more, so does the need for a technology that securely and effectively allows such data transmissions.

Edge and fog computing have been positioning themselves as the solution. And the prevalent organizations working in the field has shifted from mainly universities at the beginning of the 2010s to SMEs in 2017, which indicates a maturity of the technology and closeness to the market.

PS. Even though Edge and Fog Computing are different architectures, we have considered both for this analysis due to their similarities in pushing intelligence and processing capabilities down closer to where the data originates.