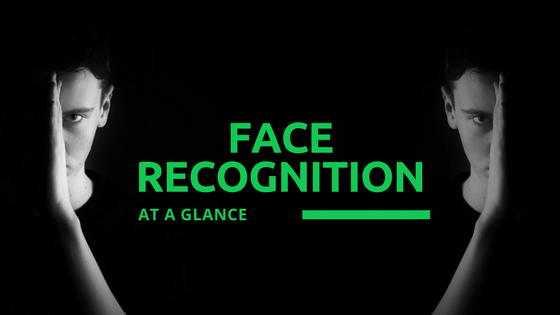 Facial recognition trends involve disrupting developments aimed at Surveillance and Marketing. But who are the organizations behind those innovations? And what about the countries most interested in them? Here we list the face recognition leaders that will shape the future of this technology.

Hey! This is a face.
Hey! This face belongs to John.
Hey! John’s feeling a bit down.
And when John feels down he buys tech.
Let’s show him some gadgets.

The Face Recognition funnel in a nutshell.

That is pretty much what the future of marketing will look like, and facial recognition plays the leading role. CCTV cameras will automatically identify the persons they record, track their movements, and analyze their behavior. You will not be able to get lost… even if you want to.

We all know iPhone X unlocks with your face. But that is just the popular side of facial recognition.

Apart from improving face and person identification, facial recognition research is now shifting towards sentiment analysis: sentiment recognition based on a person’s gestures. And this has huge applications in marketing, as we analyze below.

Not to forget its potential in the Security industry and Surveillance systems. China is becoming a creepy example of how efficiently monitoring citizens (aided by the top Universities of the country). Big Brother does not use your TV, but street cameras.

For more information on the companies behind the facial recognition future advancements and how they plan to use them, keep reading. Here are the Face Recognition leaders you must be aware of.

Out of the 10 face recognition leaders, eight are academic entities (Universities or Research Labs). This supports the fact that facial recognition is in full development phase. Most of those academic institutions are Asian-based, and five of them are Chinese universities.

For example, Nanjing University of Science and Technology is developing (and researching in) different methods for Face Recognition, as opposed to state-of-the-art algorithms such as IDLS. IDLS accounts for image decomposition based on local structure, and it is a simple image feature extraction method.

The only American university that makes it to the top 10 is Carnegie Mellon. They are working on improving the accuracy of facial recognition systems under various conditions of lighting, posture and facial expressions.

Top 10 entities worldwide leading the innovations and advancements in Facial Recognition. Source: Linknovate.com
NOTE: Since we are constantly updating our data, results may vary. Click on the link above for more updated results.

As we can observe in the graph below, there’s no clear leadership for face recognition technology. The top 5 organizations all have a similar number of published documents.

However, we can see that Microsoft has doubled down its activity in the last year. Among other things, the American giant is working in self-learning systems. They can be used for people recognition in events, live presentations, and even movies. Another interesting application consists of an interface that allows for sight-browsing content.

Samsung is improving its facial recognition systems with new methods that take into account the variations of the lighting, the arbitrary position of the face, and the characteristics of ethnic origins. This is mainly due to the continuous development of its smartphones. They are especially active, with more than 180 patents applications since 2010.

As for Singapore-based Nanyang Technological University, it is working on facial recognition systems able to identify people while in movement. Another interesting study consists of systems with the capacity to detect animistic states.

The United Kingdom is the European country with more relevance in this ranking, thanks mainly to London-based universities. The Imperial College London is trying to implement the facial recognition method in online teaching strategies. Meanwhile, the University College is studying the use of face recognition to capture the difference between facial expressions of Parkinson’s patients and healthy people.

Another country leading the race for Face Recognition leadership is India. For example, Jadavpur University is focusing their research in the study of specific regions of the face such as the eyes, the nose, and the mouth. They are also analyzing postures and gestures to determine a person’s emotions from digital images and videos.

Apart from the logical use of facial recognition in the Consumer Electronics industry (used in photo apps mostly), this technology is growing in interest. The most interesting Face Recognition Trends are related to Marketing and Security industries.

Namely, Applied Recognition (Canada) has patented Ver-ID, a face-authentication software for mobile devices. It aims to replace the authentication practice of PIN numbers and passwords.

Zodiac Aerotechnics (France) has recently patented a camera able to detect whether a passenger is seated in his assigned seat on a plane. Beijing-based LLVision Technology (China) provides Chinese police sunglasses with implanted cameras that recognize crime suspects in crowded places like train stations. The glasses are capable of processing 10,000 faces in a tenth of a second!

And PiP Pet Recognition (Canada) has taken the idea of person’s identification and has built a pet identification app. When a pet goes missing, the application alerts veterinarians, rescue and animal control agencies, subscribers of the app and users of social networks to find it.

As for Marketing and advertising purposes, it’s been years now that Face First and Axis Communications have been using face-recognition software for security purposes. What’s not so public is that they are already selling those solutions to retailers so they can track in-store customer behavior to drive sales. Genetec and Image Metrics are also companies to watch.

The reason for the high number of documents registered until 2015 is because academic entities are still very present in the development of new technologies. Yet, facial recognition is becoming widely installed in the market as SMEs begin to enter and dominate the field.