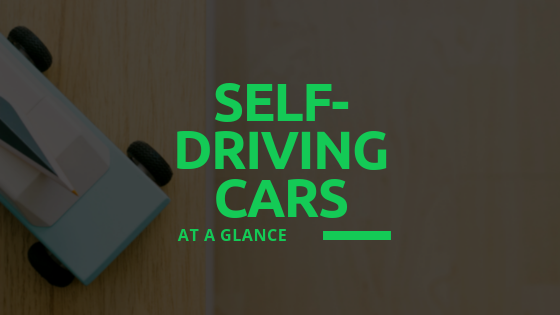 Google, Toyota, and GM are the main self-driving car leaders worldwide. The United States, China, and Germany are the top countries behind the innovations.

Pick your preferred term: connected car, self-driving car, autonomous car, driverless car… Whatever you call them, you’ll probably end up adopting them much sooner than you expect.

This is a nascent but fast-growing industry that is expected to have its first street-ready full driverless vehicle by 2021. Business Insider even estimates that there will be 10M cars with some form of autonomy by 2020. Even though it may not be much in the context of more than 1B cars worldwide, it represents meteoric progress from its start just a few years ago.

We are already witnessing a fierce war for self-driving car leadership. Last may, Samsung has been granted permission to test its autonomous cars on public roads in South Korea. Waymo has invited Phoenix neighbors to test its driverless prototype. And there’s also Tesla, a car firm specialized in electric and connected cars.

Self-driving cars is one of the trends revolutionizing the automotive industry, and here we analyze the self-driving car leaders.

Only one organization of the top 10 isn’t a private company, but a national traffic administration (NHTSA).

Throughout the last 10 years, Toyota has filled almost 1700 patents. Nowadays they are mainly focused on finding solutions for unexpected and complex environment driving.

Top 10 Entities Working in Self-Driving Cars. Source: Linknovate.com
NOTE: Since we are constantly updating our data, results may vary. Click on the link for more updated results.

Although they publicly talked about expanding to an auto and mobility company at the beginning of 2016, Ford‘s bet on self-driving cars has been a long distance run. They’ve formed the Ford Smart Mobility LLC. and are investing in the mobility services industry. Ford has partnered with Motivate to launch Ford GoBikes and has acquired commuter shuttle service Chariot.

Even though the US is leading the autonomous car advancements, China’s presence has been growing year by year. Autonomous cars might be the answer to reduce greenhouse emissions and efficiently mobilize such an overpopulated country.

For example, Audi (Germany) has recently signed an agreement with Alibaba, Baidu, and Tencent to deepen their cooperation in areas of data analysis, internet-vehicle platform building, and urban intelligent transport.

Another key driverless car-maker is Le Holdings Co, also know as LeEco. They want to be the Chinese Tesla and even compete with them. For that, they have partnered with Faraday Future (USA), although more details have yet to be disclosed.

Electrically-powered cars and control-enabling devices are among the main self-driving car trends. This is due to the blooming of numerous connected cars startups and SMEs that aim to disrupt the way we travel.

Some of the most forward-thinking examples come from the USA. Airbiquity enables driving centric services with the continual collection and analysis of vehicle diagnostic and driving behavior data. They have a patent in remotely identifying a motor vehicle and monitor driver behavior.

Lyft is the fastest growing rideshare company in the U.S and is available in more than 200 cities. They are taking over Uber due to their advanced computer software for coordinating transportation, freight, and delivery services by autonomous vehicles.

As for Silicon Valley-based Faraday Future, they are positioning themselves as the biggest Tesla competitors. They are tackling challenges such as autonomous driving and battery range with a novel approach focused on performance, intelligence, and user experience. Their flagship model is all-electric, autonomous-ready and seamlessly connected.

When looking at the aggregated set of data that Linknovate has collected for self-driving cars (and other related terms such as connected cars or driverless cars), the general trend looks like the sector peaked in 2015 and the number of records has been decreasing since then.

This is because the field has been evolving and getting closer to the market, and SMEs and startups have begun to take over the Universities’ work.