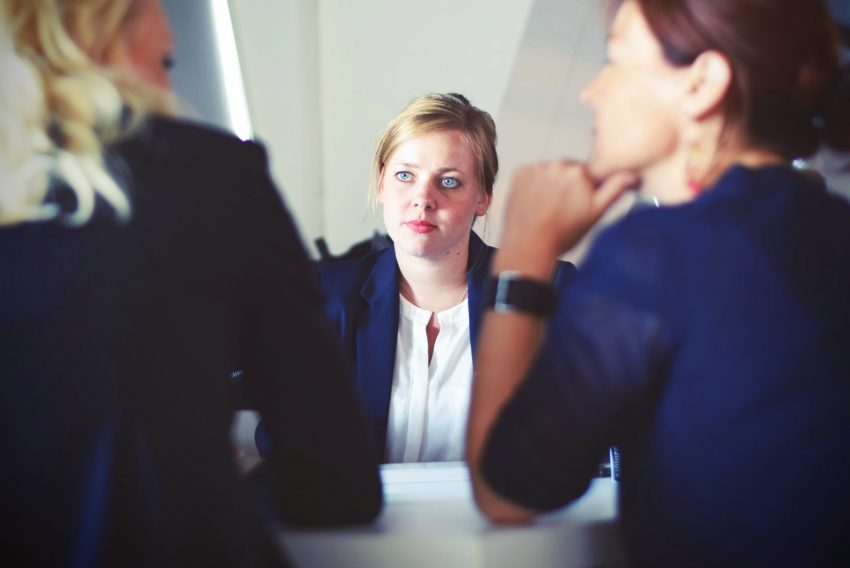 This is a guest post from Ms. Digital Diva. The author’s views are entirely their own and may not reflect the views of Linknovate Stories.

As technology advances, thought leadership in the field changes continuously. Currently, there are many company leaders that are impacting the tech world and helping to push the industry forward.

As their companies and products change, they strive to share that information with us, users and consumers. It is important to listen and hear what they have to say. After all, it is our future they are talking about!

So we have gathered some statements of what these tech leaders think about some of the most trending emerging technologies of the moment. See what they have to say about Artificial Intelligence, Internet of Things, and Blockchain.

Artificial Intelligence (AI) is currently primarily being used for data collection, and utilizing said data to improve business productivity. Some love AI and believe it will advance our society, while others think it is going to be the end. As we take time to research what the best strategies are to understand and implement AI, it is helpful to know what leaders think about it.

Elon Musk, the founder of SpaceX, Tesla, and a bunch of cutting-edge tech projects, has strong opinions on AI and recently reflected on them at SXSW. His biggest concern is that it will advance so much that we (humans) will not be able to keep up with it.

“The rate of improvement is really dramatic. We have to figure out some way to ensure that the advent of digital super-intelligence is symbiotic with humanity. I think that is the single biggest existential crisis that we face, and the most pressing one”. He also believes it will be far more dangerous than nuclear weapons.

What does he suggest for not letting it get out of hand? Regulations on the development of AI. So society can (try) to keep up with it and monitor it to the highest level possible.

As opposed to Musk, Brad Surak, Chief Product and Strategy Officer at Hitachi Vantara, thinks AI will be beneficial for organizations. “We’ve already started to see AI techniques, such as with bots and algorithms, that push the boundaries towards unsupervised learning, auto-generated training, and reinforcement learning within edge devices. These are enabling edge devices to get smarter and learn by themselves. As a result, we’ll see IT and OT systems moving closer together. This convergence, in time, will help organizations move up the IoT maturity model.”

The Internet of Things (IoT) has pros and cons too. The convenience it will bring is a major upsell. But having all of our devices connected through one system can provide stressors and potential hacking liabilities, in both personal and professional areas of life.

Tech and software systems are being created to hack people and their IoT systems. This requires an increased need for better security. Eve Maler, VP of Innovation and Emerging Tech at ForgeRock said “the newest botnet called ‘Reaper’, will play a big role in the IoT security arms race as it works to exploit individual device vulnerabilities. As identities become more strongly authenticated in 2018, Reaper-style attacks of IoT devices will increase.”

The IoT is becoming a more tangible entity. We see it every time we put on our smartwatch or turn on our security systems via an app. Sudha Mahajan, Director of Product Management at eBay, has said that “in 2018, connected internet will see explosive growth (from pure mobile internet) with more devices entering the home.”

Blockchain is a growing technology that sparks the interest of the general public as concerns for privacy and safe data sharing grow. This is the technology behind Bitcoin, as it is the most efficient way for keeping track of transactions and keeps Bitcoin “theoretically tamper proof”, according to the MIT Technology Review.

“Microsoft believes blockchain is a transformational technology with the ability to significantly reduce the friction of doing business,” said Azure’s CTO Mark Russinovich. He thinks it is especially adequate for “streamlining business processes shared across multiple organizations”.

According to a recent Wired article, tech developers are starting to use blockchain in other areas too, such as strategies for distributing medicine and tracking land ownership. Blockchain and ICOs, in turn, are intriguing to the majority of people and it is a major reason why many are calling it the next dot-com boom.

Tech Leaders on the Future of Technology

A highly debated argument in the field is what will be the next big thing. Some believe AI is going to disrupt the world we live in. While others think our societies will soon be run through the IoT.

We can all agree, whether a top tech leader or not, that change is coming for better or worse. And we need to hold on tight for this whirlwind of a ride.